Adobe will prompt you from time to time when a new update to Flash Player is available. When that happens, you should not simply click DOWNLOAD. There’s a better way to get Flash Updates

But, what if, for whatever reason you want to manually make the flash update notifcation pop-up window appear, at will, whenever you want?

It’s a hard search on Google. I only found 2 hits:

Start -> type “cmd” into the search box (without the quotes)

A black text window should appear, with a prompt and cursor, like the one below. 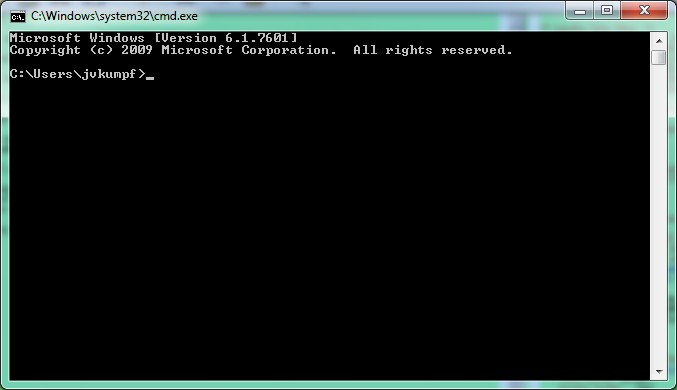 So, you will probably have to search for a similar program. Once you find it, replace mine below with the program you found, and the path you found it in.

Running this command (with the right FlashUtil exe file, once you find it) produces the familiar flash update notification window popup, which looks like this (for the v16.0.0.235 update): 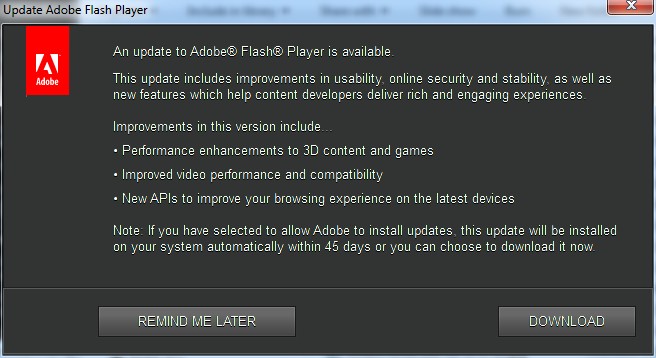