Most of the time the volume you set on the iPhone “just works.” But it’s far more complicated than you’d think, and it’s very context dependent. Macworld describes it well.

This article is from 2013, quoted in its entirety here. But things are always changing:

How to control the volume in iOS

Most of the time, you hit a volume button on your iPhone, iPod touch, or iPad, and it does what you expect, whether it’s turning up your reminder alarms or turning down your music. And then there are the other times.

But once you understand the different “kinds” of sounds, the interaction between software settings and the volume buttons, and how context overrides the default course of events, you’ll have better control over your device’s volume.

The sound of more than music

The key to mastering volume adjustment is understanding that most of the sounds on your device fall into one of two categories. General audio includes music and other media, and the voice volume on the iPhone and for FaceTime on all devices. The “ringers and alerts” category includes not only the iPhone ringer, but also: FaceTime rings; Clock app alarms; notifications and individual app alerts; keyboard clicks; and miscellaneous app sounds like the whoosh of sending Mail. 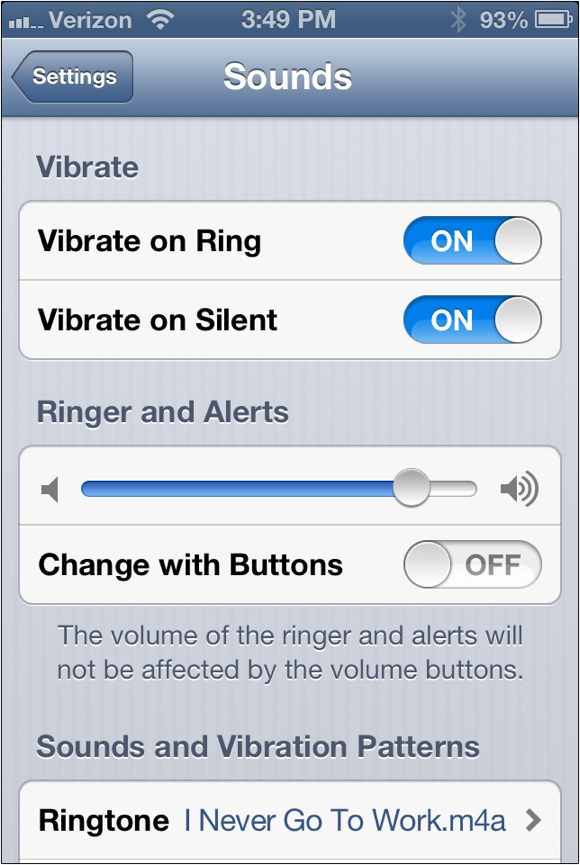 Basically, you can decide which kind of sounds—general audio or the ringers and alerts—your volume buttons control by going to Settings > Sounds and, under Ringers and Alerts, set Change With Buttons to On or Off; if you turn it off, the buttons control the general audio. But your default choice is easily, and often, overridden because what you’re doing at any given moment takes precedence over the default settings

The volume buttons “just work” most of the time because they’re context-sensitive.

If, for instance, you’re in the Music app, the buttons change the media volume even if you’ve set them to control Ringers and Alerts; this happens even if the music controls are merely showing, on a Lock screen or in the multitasking bar, with no music playing. Conversely, when media volume is the default, you can change the Ringer volume when an alarm is playing. These changes affect the overall volume setting for that category, not just temporarily or for the current sound.
The volume settings screen

The volume icon that appears when you use the buttons helpfully indicates what you’re adjusting. With Ringers and Alerts as the default, press a button when you’re on a Home screen with no music playing and the icon is labeled Ringer (on the iPhone) or Sound Effects (on other devices). If Ringer and Alerts is turned off, you get the unlabeled icon that stands for general audio. If you’re using headphones, it’s their volume that’s altered, not the device’s speaker, and the volume icon notes that.

As for controlling the volume in games, that’s complicated. Many games are set to the Ringers and Alerts volume when you first run them; some interact with that setting if you change the game volume. Some newly launched games inherit the volume level from the last game app you used. A game remembers its own volume setting from its previous use if it’s been sitting in the multitasking bar. Luckily, no matter your default setting for the volume buttons, they will always control the volume of the current game.

Want Siri to talk louder, or to lower its voice? Neither general audio nor Ringers and Alerts volume settings affect that. To adjust both the little chirp and the voice volume, start Siri with a press of the Home button, and use the volume buttons while Siri’s open.

While you’re in Settings, you can also set an upper limit for headphone music volume in Music > Volume Limit to protect your—or a child’s—hearing. The setting doesn’t restrict non-headphone volume. (A side effect of setting a lower limit is that each press of a volume button changes it by a smaller increment.)

You can prevent the youngling from upping the volume by locking the level with a passcode. Go to Settings > General > Restrictions; tap Enable Restrictions if necessary, and supply a passcode. Tap Volume Limit and then Don’t Allow Changes.

Mute and other silencers

Volume isn’t the only thing that depends on context. How you mute your device can depend on which device you’re using, the situation, and hardware or software settings.

From “How to control the volume in iOS”

If you want a way to do it by keys, it’s similar but uses keys strokes on the keyboard (see also image below): 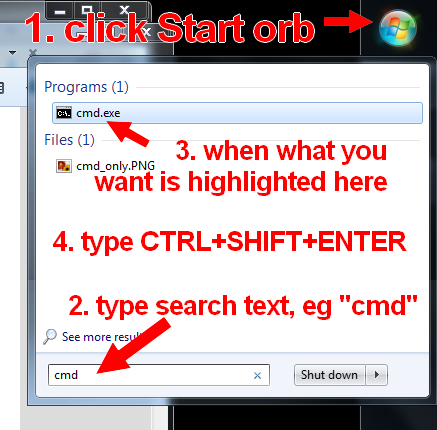 I hope this tip speeds you through your work day.